Please do not re-click a link while waiting for a page to load. (It’s slower and degrades site speed for all users.)
To get images for machine learning, see MO Images for Machine Learning

All bluing, neurotropic species are included in Psilocybe sensu stricto. The bluing color is the oxidative reaction of Psilocybin and Psilocin (Benedict & Tyler 1967). The non-bluing, non-neurotropic species are placed into the genus Deconica. This is not based on current, full genomic DNA phylogenies. The basis in this instance results from emerging chemosystematics. Molecular systematics research does support separation of psilocybinic taxa of Psilocybe (clade ‘/psychedelia’ of Moncalvo et al. 2002) from the non-bluing species (Matheny et al. 2006).

For these reasons it is now recommended that questionable species in Psilocybe and Deconica undergo present-day, state-of-the-art chemosystematics for the presence or absence of Psilocybin, Psilocin, Cyanescin※ (Baeocystin), Nor-Cyanescin (Nor-Baeocystin), and Aeruginascin – at a minimum. Pre-cursors to Psilocybin should also be selected for testing. Examination for the following is recommended: Tryptophan, Tryptamine, 4-Hydroxytryptophan, D-Lysergic Acid, N-Methyltryptamine, N,N-Dimethyltryptamine, Bis-Trimethyl-Silyl-Psilocybin, and Bis-Trimethyl-Silyl-Psilocin.

※ According to Mycologist Paul Stamets, the chemical currently known as baeocystin (baeocystine) was incorrectly named. A misnomer occurred as a result of a mis-identified collection of what was actually Psilocybe cyanescens (and not Psilocybe baeocystis). He proposes Cyanescin as the new name, and suggests it be studied for human therapeutic potential. See https://m.youtube.com/watch?v=M9joL8spvS8#fauxfullscreen (About 58 minutes in). 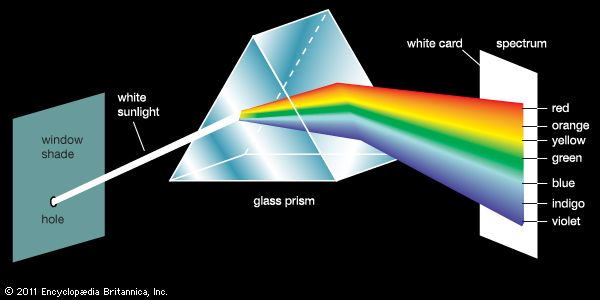 ▲ A new phylogenetic comparison of Deconica versus Psilocybe and Panaeolus. Rather than using only the universal DNA barcode region (ITS), a complete genome comparison is made between each collection. Sequences are added to Genbank.
▲ DNA is analyzed for a positive or negative presence of the known Psilocybin genes found in Psilocybe species.
▲ The dominant, bioactive and unique chemical emanating from the genus Deconica is published and considered for the benefit of humanity. In addition, a major and a minor chemical from this genus are selected for study for the benefit of humans. Intuitive synthesis methods are published for each chemical. Note: Not only the first and second flushes of a fruiting species are tested, but importantly, the third and fourth flushes are analyzed and compared.
▲ Complete English descriptions of each taxon are provided.
▲ Names are updated on Mycobank, Index Fungorum, Species Fungorum, and on Mushroom Observer.
▲ All chemicals are analyzed to determine chirality using Atomic Force Microscopy. Images are captured for release.
▲ Chemical transcience and lifespan are discussed and observed in lab myceliums, freshly harvested wild collections, and herbarium collections. Note: Not only the first and second flushes of a fruiting species are tested, but importantly, the third and fourth flushes are compared.
▲ A complimentary, contemporary, and aesthetic terrarium design is proposed to affordably study mushroom genera that require new technologies. It will have at a minimum the following powers:
△ Provide a sterile-enough environment to typically counter all contaminants
△ Have accurate controls to set temperatures ranging from 3.333 to 29.444 degrees celsius. A 48 hour cold shock button is included.
△ Have accurate controls to set relative humidity from 0 to 98%. An additional control is added to enable rain drop mode to replace manual misting.
△ Timed lighting and timed darkness to include the full electromagnetic light spectrum and lux using controls.
△ Gas cartridge area for sporadic and consistent Oxygen boosts. This includes the ability of several “fresh air exchanges” daily. Also, Carbon Dioxide, Nitrogen, and Oxygen levels are accurately displayed.
△ At least three magnification “windows” (top and sides) to view carpophores for macroscopic features that stand out at 10x or 20×. They will need anti-fog technology and have a tendency to roll off excess water drops.
△ Fast, intuitive disassembly for easy cleaning using either sterilization or hot soap water. A kit case is provided to aesthetically hold each component when disassembled.
△ Safe, wireless technology is used throughout the terrarium if possible and whenever possible.
△
△ Terrariums are lightweight, tough, and stackable. They are also strongly scratch- and dent-resistant while providing the most transparent accurate view humanly possible.
△ Please see the following URL discussing “Food Computers” as well: https://m.youtube.com/watch?v=of-fBY2Zj3Y
▲ Myceliums are observed in an experiment in which electromagnetic light (320-400 nanometers) is aimed using slightly nuanced distances and time durations. In contrast, (blue light 440 – 490 nm) and green light (490 – 570 nm) (see nanometer graph elsewhere) tests should be conducted with great patience in separate groups. Dextrose is added to antibiotic agar petri dishes in a separate test group (Test Group 4) in which the myceliums fully colonize, followed by repetitive exposures to light in the 320-400 nm wavelength in Test Group 1, blue light in Test Group 2, then green light in Test Group 3. Additionally, some colonized dishes are selected for cold-shocking to assist in primordia formation (Test Group 5). Another group (Test Group 6) is provided additionally with a substrate rich in soluble Nitrogen, soluble Phosphorous, and soluble Dextrose. Also, see the following presentation and skip to 7 minutes in: https://m.youtube.com/watch?v=M9joL8spvS8#fauxfullscreen
Note: Not only the first and second flushes of a fruiting species are tested, but importantly, the third and fourth flushes are compared.
▲ Taxonomically useful color photos are aesthetically published for each species.
▲ Atleast three (3) distinguishing features are provided to assist in future identification of each listed species. Emphasis is placed not on microscopic characters, but on macroscopic characters – for in situ and photo-based identifications. If necessary, additional taxonomic characters may be expandable (s.l.) by including observations made using a hand lens or loupe (10x, 20x).
▲ Mating studies are performed. Compatability or non-comptability is determined when synonyms require additional evidence. The species in Deconica known to possess the most mating types are further tested for cryptic, rare compatability with Panaeolus cyanescens, Panaeolus cinctulus, and Psilocybe cubensis.
▲ A mycelium culture library is established using Deconica species. It is maintained and developed in conjuction with either a university herbarium or fungarium. This requires constant employment by a well-trained student, and that student will need gear, capabilties for sterile technique, and a semester-by-semester budget. The student will also need to train a back-up student with long-term employment intentions, and for substitutions.
▲ Paper is provided in 5-7 languages as a courtesy to the public (English, French, Italian, Spanish, Arabic, Chinese, Russian).
▲ A worldwide themed distribution map is shown (and intregated into) a month-to-month cycle showing the electromagnetic light spectrum changing throughout the year. This is important.
▲ A worldwide monograph for the genus Deconica is considered.
▲ For as many species as humanly possible, the worldwide community is asked to participate by providing time lapse film for help in identification. See this: https://m.youtube.com/watch?v=b-nJ0ROGD14
▲ 3-dimensional, digital photogrammetry is designed for each species as seen here: https://sketchfab.com/...?
▲ Psilocybe fuscofulva, regardless of phylogenetic placement, if negative for neuro-active alkaloids, should be considered for transfer to Deconica.

The ICN alone never requires any kind of publication. It defines what is valid publication, legitimate publication, etc and which is the correct name to use among synonyms, given a taxonomic belief. I strongly recommend reading over it once – even though lots of parts are confusing, even skimming it will help a lot to understand what its purpose is.

The Nomenclature Committee for Fungi (NCF) is even more restricted, only relevant to some of those nomenclatural issues. Combining species into new genera, in general, is irrelevant to the NCF. Read their description here: http://www.ima-mycology.org/...

1. Can you clarify the finer ICN-related matters that would necessitate and mandate additional Psilocybe transfers?
2. Can you take a moment and also clarify the International Nomenclature Committee for Fungi related issues of transferring Psilocybe fuscofulva to Deconica?
3. What species do you currently know of that can and should be transferred to Deconica?

It’s just a non-active Psilocybe. Relatedness defines what is and isn’t a genus. Transferring Psilocybe fuscofulva would also require the transfer of active Psilocybe species and probably a lot of the Strophariaceae into Deconica, which would require sinking Deconica into Stropharia or something else weird like theat.